I’m writing this article for the benefit of motorists who currently perceive cyclists as an impediment to their rights in using public roads. If you are a cyclist who drives a motor vehicle, which I know the majority of us are, you no doubt respect the rights of other cyclists you encounter when driving. Unfortunately, many motorists, who don’t ride bikes, have minimal understanding of the hazards associated with cycling, the degree of skill possessed by individual riders and can be quite indifferent to the fact that a cyclist is another human being whose life is just as fragile as their own.

I’m writing this article for the benefit of motorists who currently perceive cyclists as an impediment to their rights when using public roads.  If you are a cyclist who drives a motor vehicle, which I know the majority of us are, you no doubt respect the rights of other cyclists you encounter when driving.  Unfortunately, many motorists who don’t ride bikes, have minimal understanding of the hazards associated with cycling, the degree of skill possessed by individual riders and can be quite indifferent to the fact that a cyclist is another human being whose life is just as fragile as their own.

If you know non cycling motorists, who have expressed their frustration regarding bike riders using our public roads, please give them a copy of this article.  Hopefully, it will help them appreciate just how much their driving behaviour can impact, not only the cyclists they encounter, but also their own lives should they maim or kill somebody due to their own ignorance, frustrations or negligence.

The popularity of cycling on our public roads continues to grow significantly each year.  More and more people are taking it up as an alternative to exercising in gyms.  Many take it up, not only because it is a low impact cardio vascular exercise, but also because of the social enjoyment associated with being part of a huge fraternity of like-minded people.

For new cyclists there is a significant learning curve associated with gaining riding skills on a mode of transport that only weights between 10 and 20 kgs with negligible physical protection.  Avoiding road hazards such as potholes, storm water grates, depressed access hatch covers in the road surface, damaged road edges, fallen tree debris, broken glass, loose gravel, grooves in the road and wet slippery road surfaces are foremost on a cyclist’s mind.

Also, operating a bicycle within our complex road rules and being fully aware of the array of vehicles sharing the road with them at any one time, requires a significant amount of concentration.

Young cyclists can be easily distracted and have a tendency to wander from side to side along their direction of travel.  They can be extremely unpredictable, quite often changing direction and braking on a whim or not anticipating the traffic movement around them.  This can be particularly disconcerting to more experienced cyclists riding with them and very dangerous should a motorist not allow sufficient clearance when passing.

Another issue motorists need to be aware of is that all bikes aren’t the same and in A1 mechanical condition.  Poorly adjusted gears or brakes, worn tyres, loose screws on bike components can also contribute to a cyclist behaving unpredictably.

As a motorist, you need to take all the above factors into consideration when driving near or passing cyclists.  Just as you would give a learner driver a wide berth and make allowances, you need to do the same for cyclists.

When exiting a parallel-to-the-kerb parked vehicle, always take a good hard look in your side mirrors or over your right shoulder to check for cyclists before opening your door.  This not only applies to the driver but also to passengers alighting from the vehicle.  This is especially important if there is a bike lane adjacent to your car spot or you have parked on a road known to be a regular cycling route.

A technique used in Holland, that would be extremely beneficial if adopted by motorist in Australia, is known as ‘the Dutch Reach’.  Instead of opening the driver’s side door with your right hand, reach over and open the door with your left hand. This forces you to swivel your body to the right and allows you to look over your right shoulder to check for cyclists approaching at the same time.

If you find the Dutch Reach technique difficult because of body stiffness, most importantly, always look in your side and rear vision mirrors before opening a door and instruct your passengers accordingly to do the same.  And always open your car door initially to no more than the first stop slowly.  This will not only protect you from possibly losing a door should another motorist be passing close by at the time but will also give any cyclist passing some warning that you are exiting your vehicle.  For a cyclists passing parked vehicles it is almost impossible to see that a vehicle is occupied as many have tinted rear and side windows.

To allow drivers to achieve these minimum distances, some changes to the road rules are now in effect.  Drivers may cross continuous centre lines or continuous lane dividing lines to go around cyclists if they have a clear view of any approaching vehicles and believe it is safe to do so.  If it is not safe to do so, the motorists must slow down and wait until there is sufficient space.

If it is considered safe to pass a cyclist, motorists will: 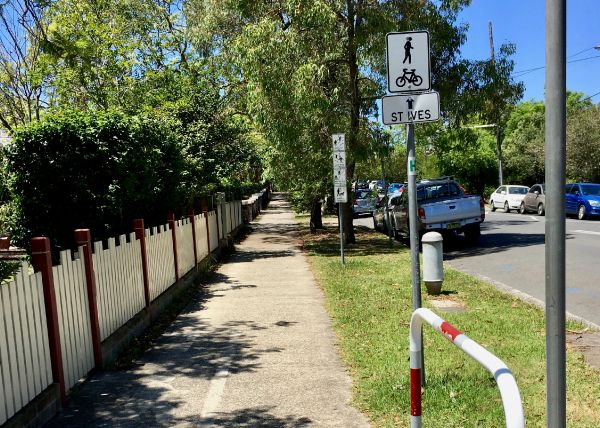 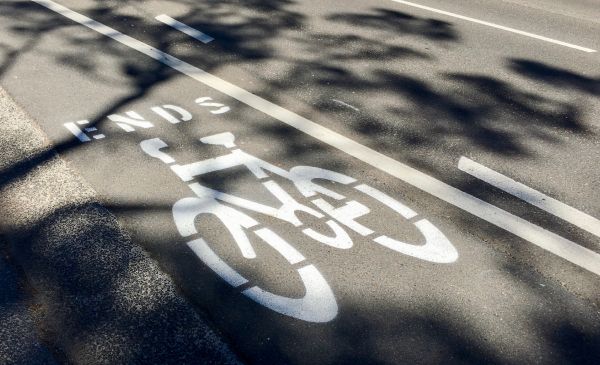 Two cyclists are allowed to ride adjacent to each other on a public road provided they are no more than 1.5 metres apart. A third cyclist is allowed to overtake two cyclists travelling 2 abreast.

The following photo shows a shared path where all cyclists can ride.

For further reference to this can be found at:

Other Cycling Issues Motorists Need to be Aware of

The silhouette of a cyclist riding adjacent to a kerb on a public road can be very difficult to see, especially if there is dark coloured backgrounds such as walls, foliage or houses.  If approaching from the opposite direction and intending to turn right across the path of a potential cyclist, motorists need to take special care.  Not all cyclists wear bright coloured clothes or have flashing front lights.  This makes them particularly difficult to see.

Motorists should not speed up to pass cyclists only to brake heavily and turn left a short distance in front of them.  A bicycle requires a much greater stopping distance than a motor vehicle especially on a wet or gravel road.  Also, if it involves a peloton of cyclists, there is a very real chance the riders behind the front riders will not be aware of the need to brake quickly and end up crashing into those in front of them.

Motorists should not park an oversized vehicle eg a wide trailer, adjacent to the kerb if it overlaps a marked roadside bike lane.  This can result in a cyclist having to swerve into a main traffic lane with very little warning to the traffic in that lane.

Motorists should allow ample room behind cyclists when travelling down hill as there are increased risks for cyclists when riding at speed.  Inefficient brakes, damaged or slippery road surfaces due to wet weather or an oil spillage, touching the wheel of another cyclist and punctures are just some of the hazards that can cause a rider to fall.

Motorists should avoid sounding their horn adjacent to cyclists, randomly shouting abuse at them or seeking acknowledgment from a cyclist they recognize as this startling effect can cause a rider to lose concentration and result in an accident.  Motorists may have been frustrated by the actions of another group of cyclists at some stage and then choose to take their frustration out on another group they encounter. This is illegal and contributes to animosity between cyclists and motorists with the potential for dangerous road rage.

Motorists need to take special care when exiting a house driveway that crosses a footpath.  A cyclist legally using the footpath eg a child or adult riding with a child, could easily not anticipate a vehicle crossing their path.  Moving at a very slow speed and, ideally, a toot of your car horn, would facilitate doing this safely.

References
1.      A Handbook for Bicycle Riders by the RTA http://www.kmc.nsw.gov.au/files/sharedassets/public/traffic_and_transport_-_road_safety/bicycle_riders_handbook.pdf

The purpose of this article is to promote an understanding of cycling behaviour by motorists and ideally improve their empathy towards cyclists.  Many incidents involving motorists and cyclists in the past could have been avoided had a little more tolerance been shown by motorists.

About the Author
The author is currently a member of Ku ring gai Rotary Club and Team Leader of the Mobile Support Riders for the Bobbin Head Cycle Classic 2018.  He is a regular group cyclist and cycles 3 to 4 days a week with 3 different groups in Sydney’s northern suburbs.  As well as his weekly routine of cycling he has completed numerous intrastate, interstate and overseas social cycling events.  He rides essentially for pleasure and fitness. 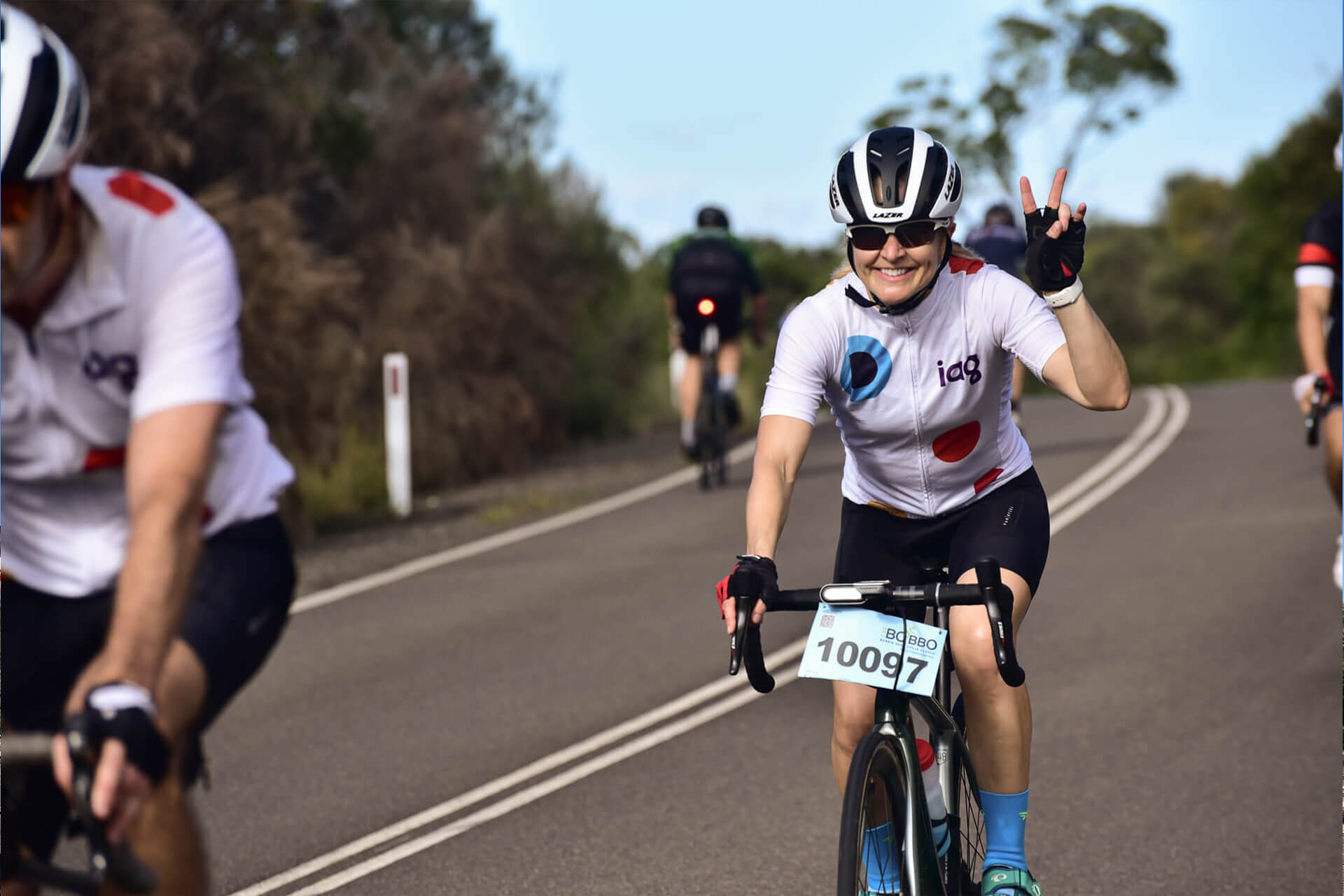 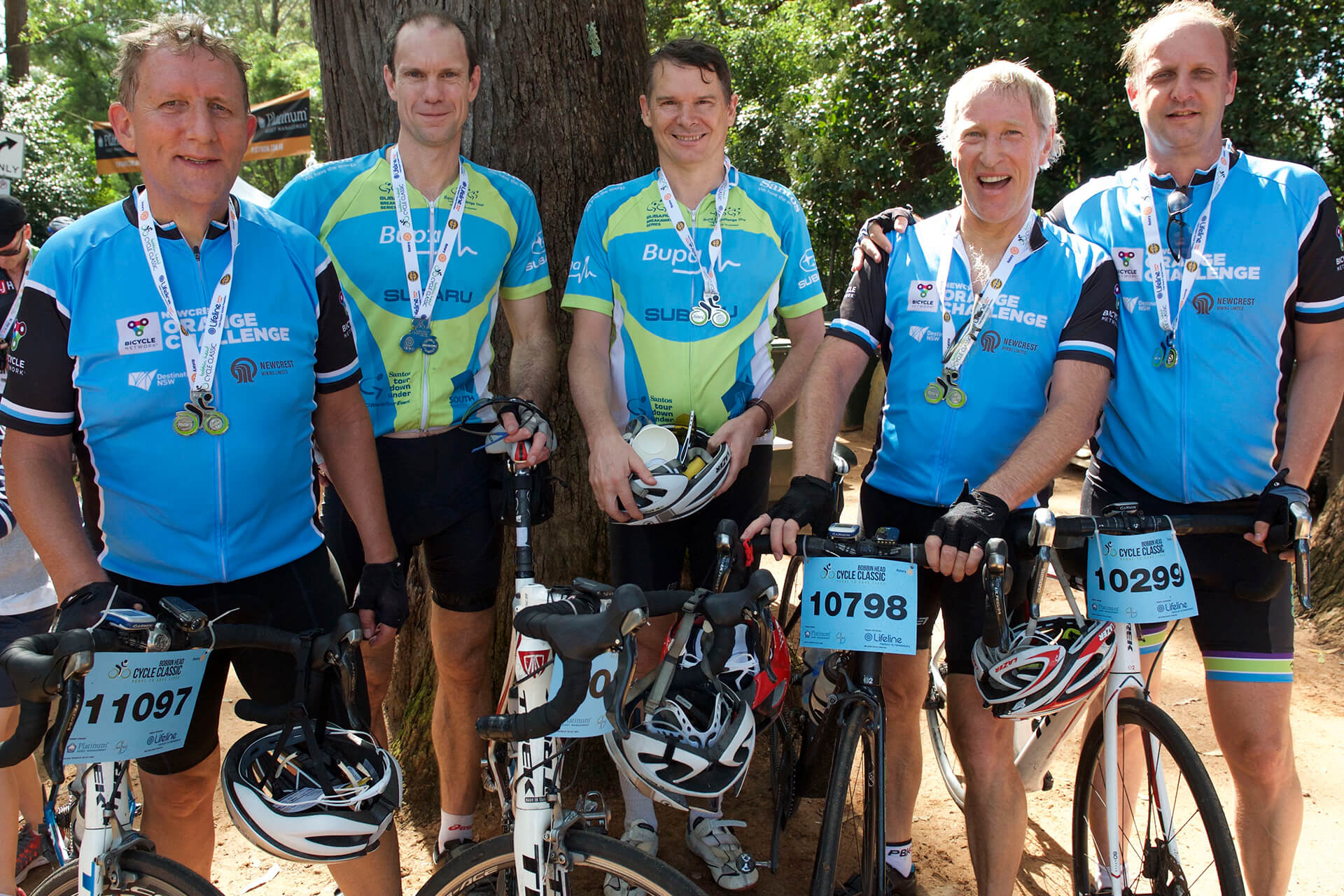 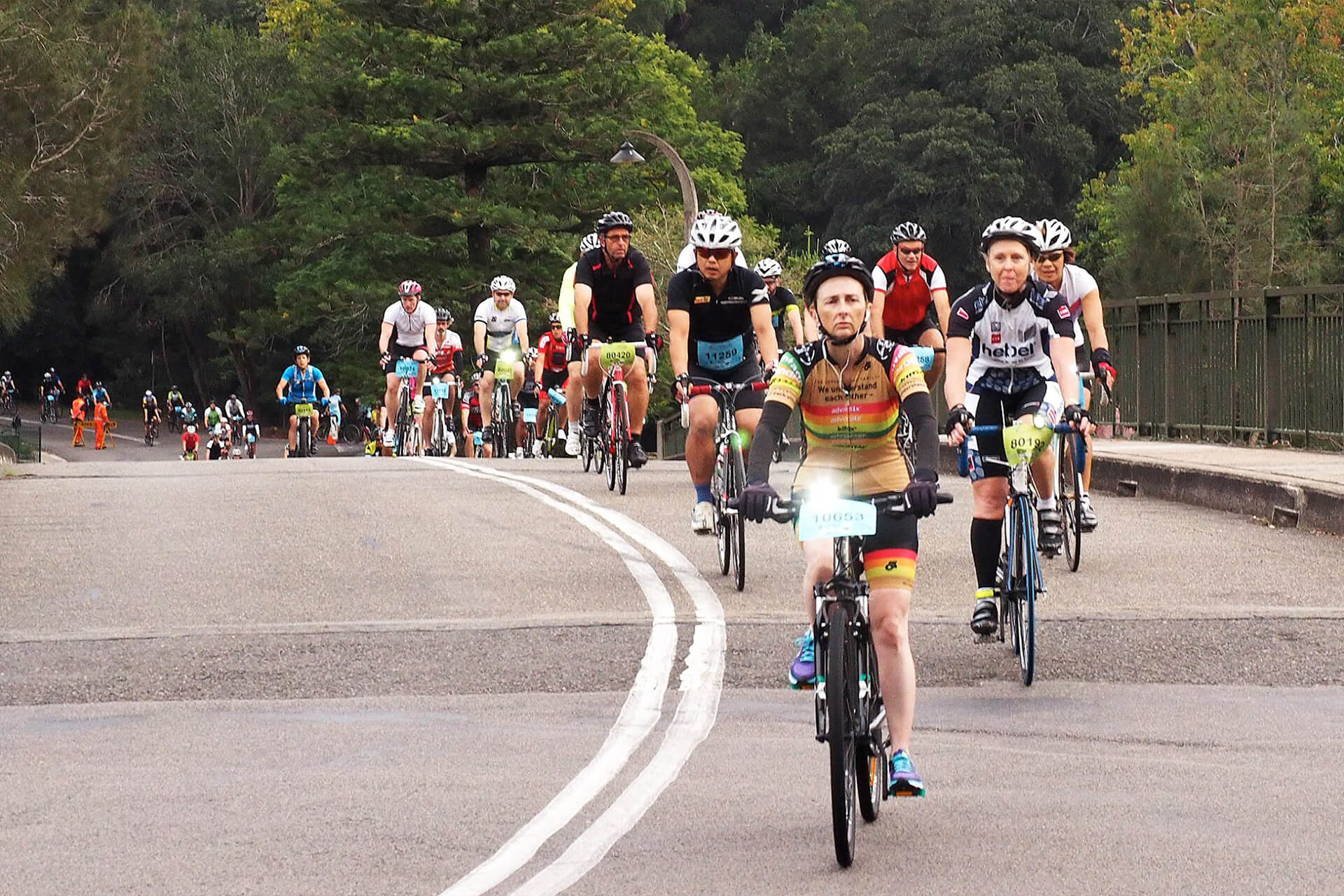 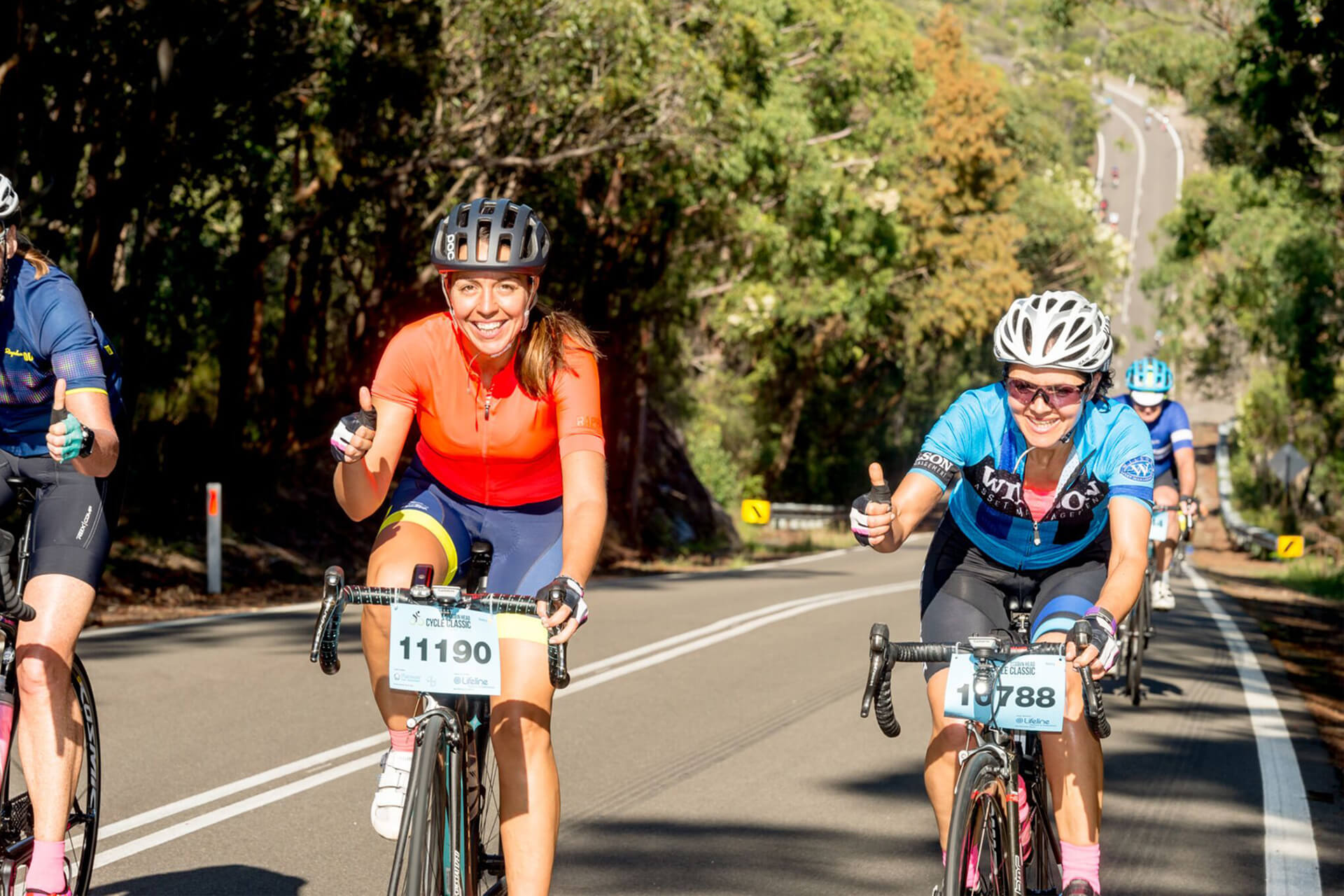 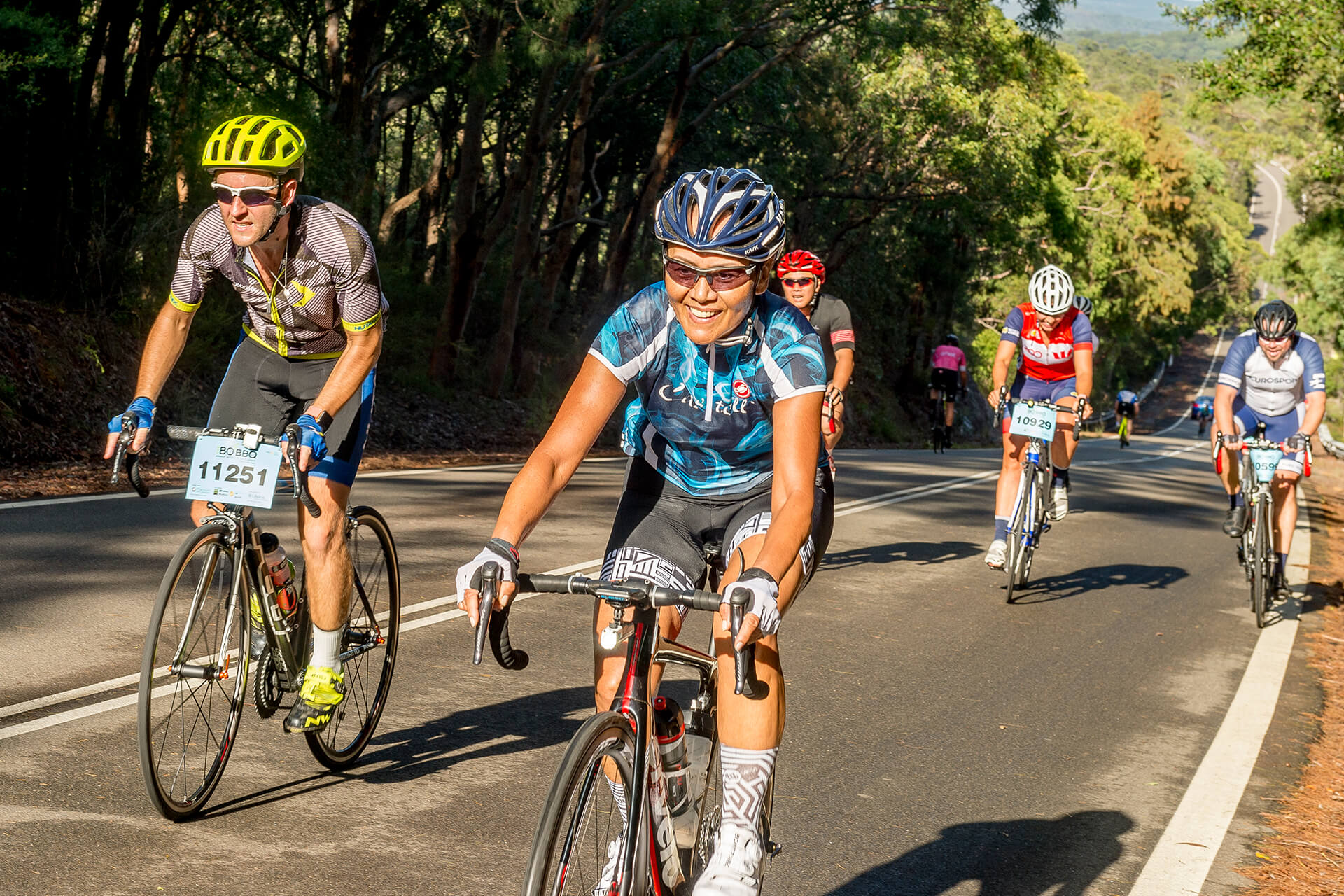 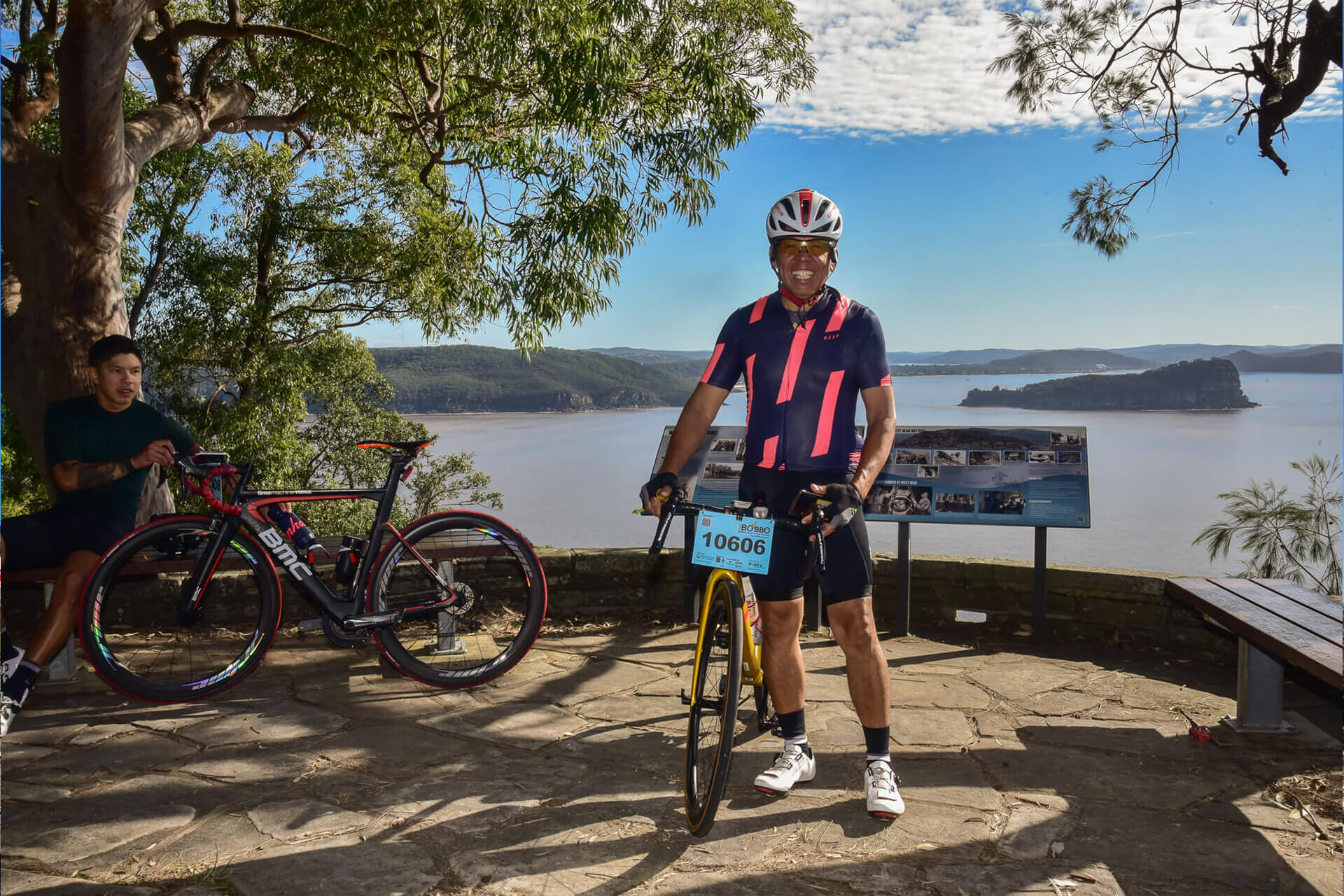 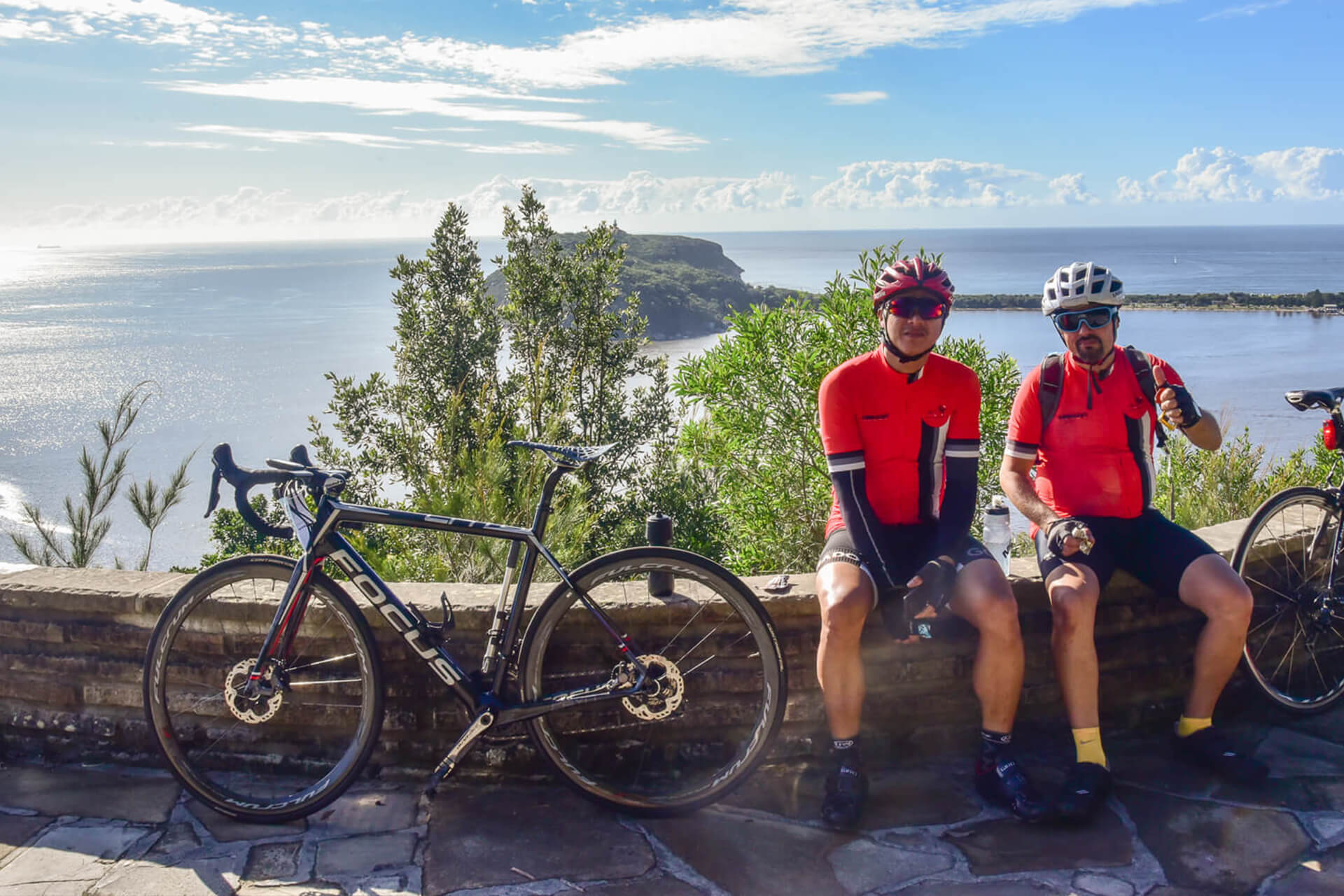 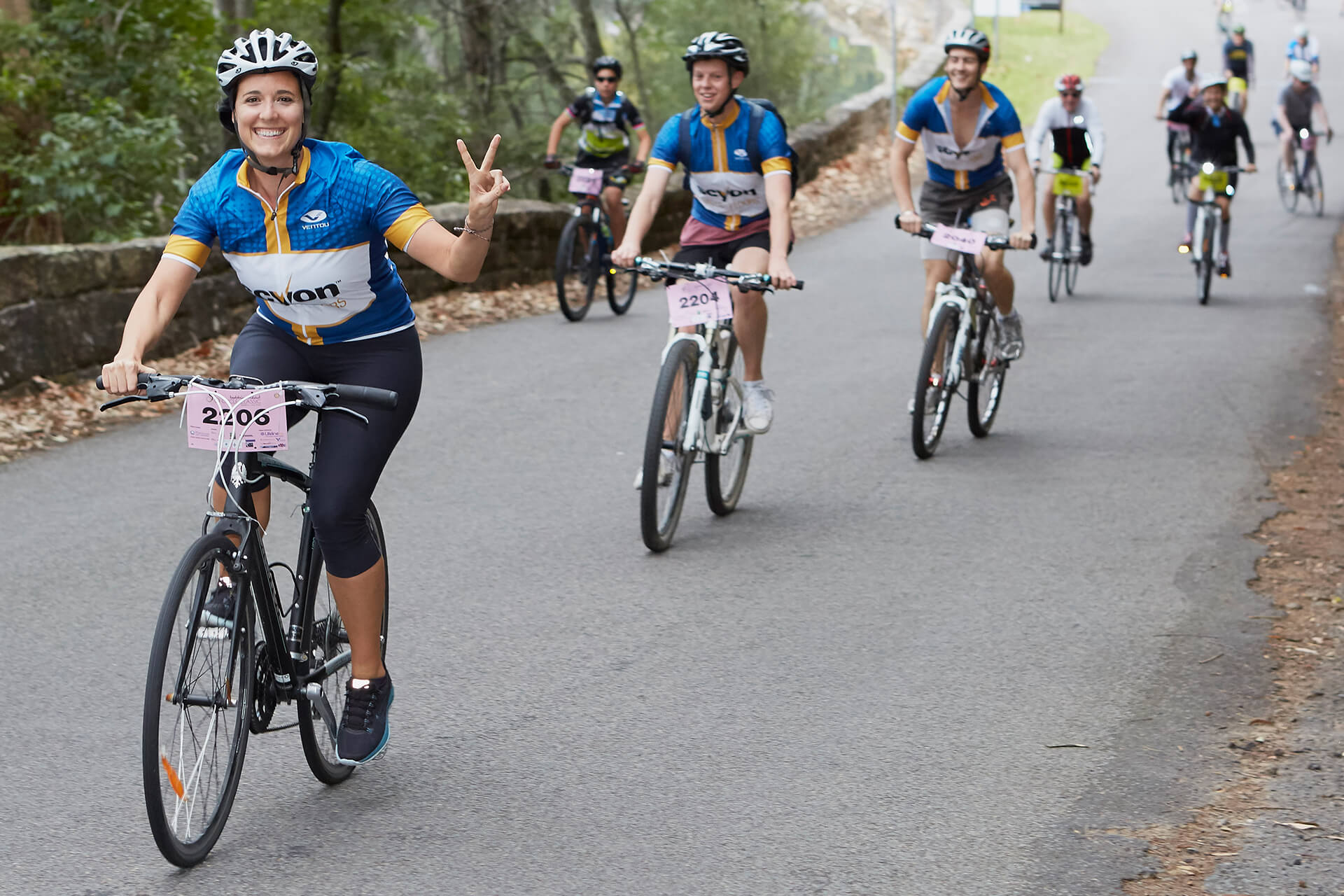 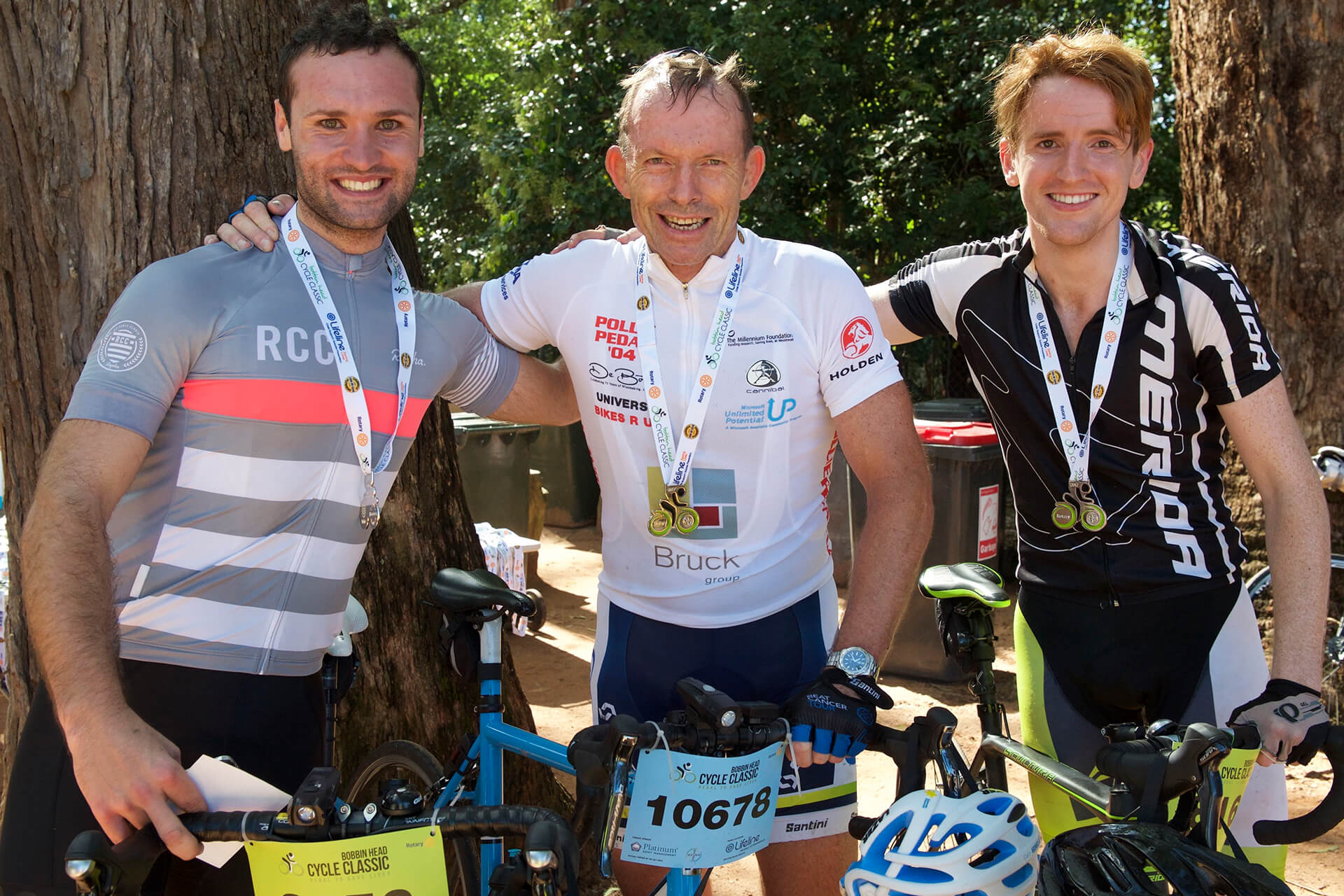 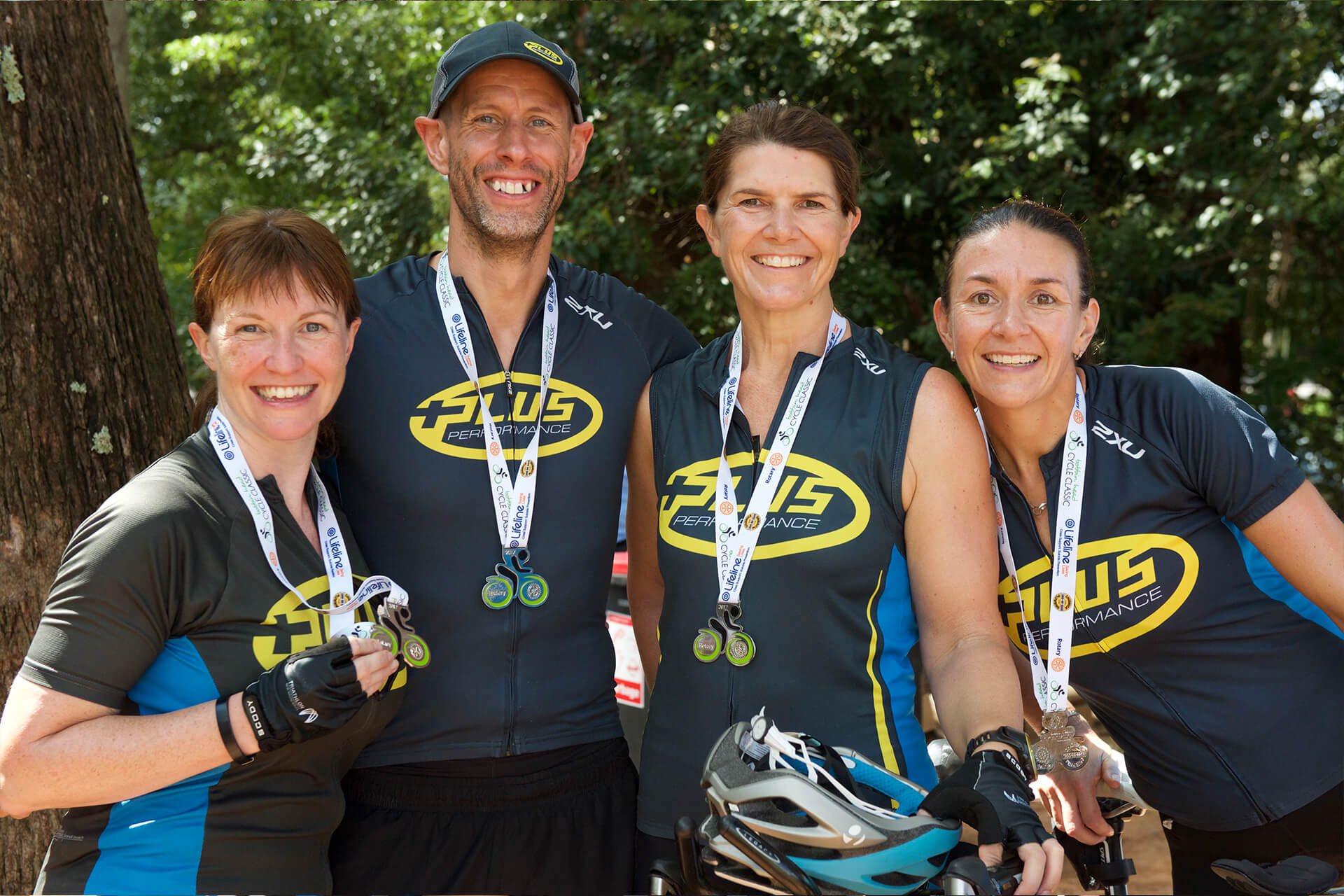 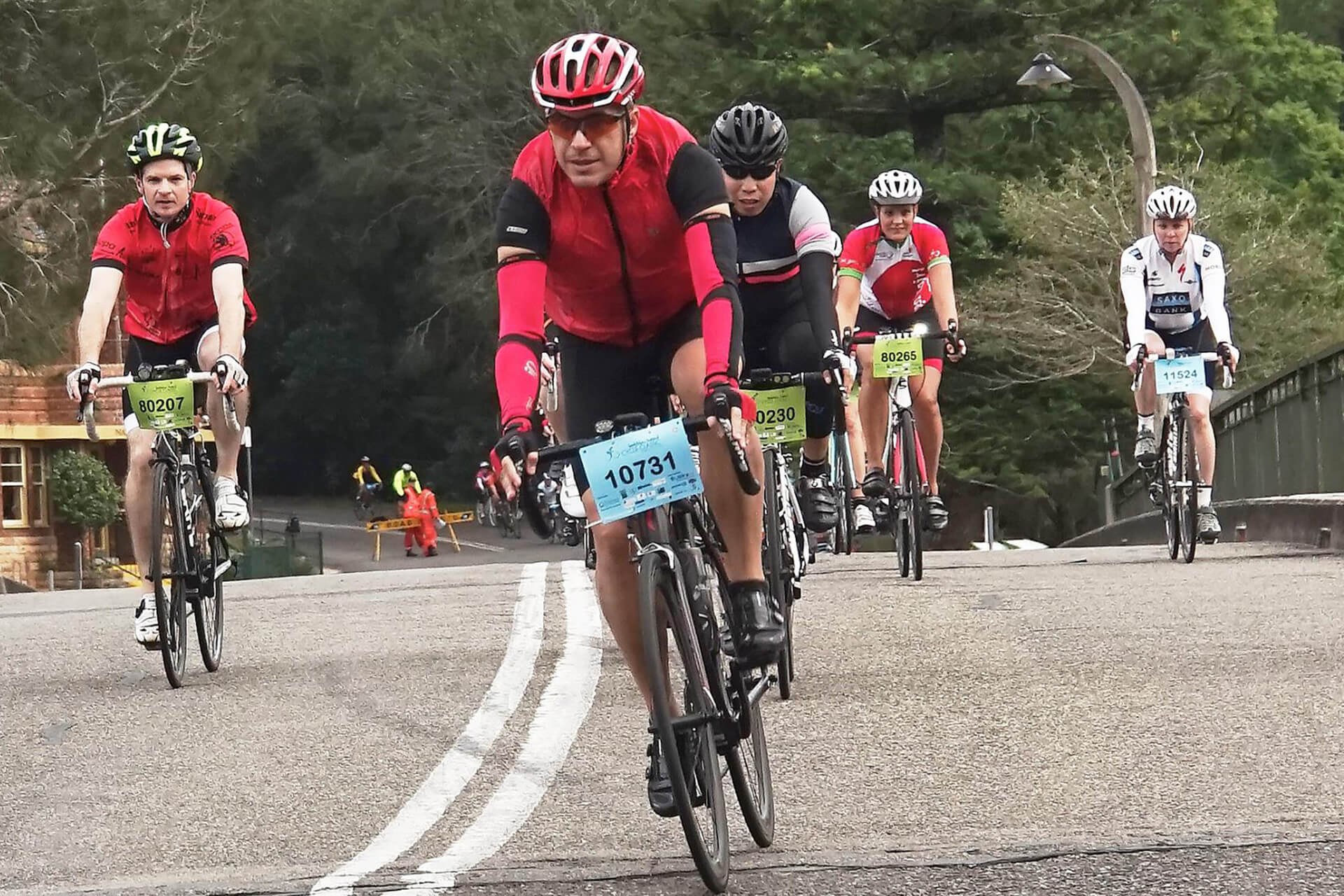 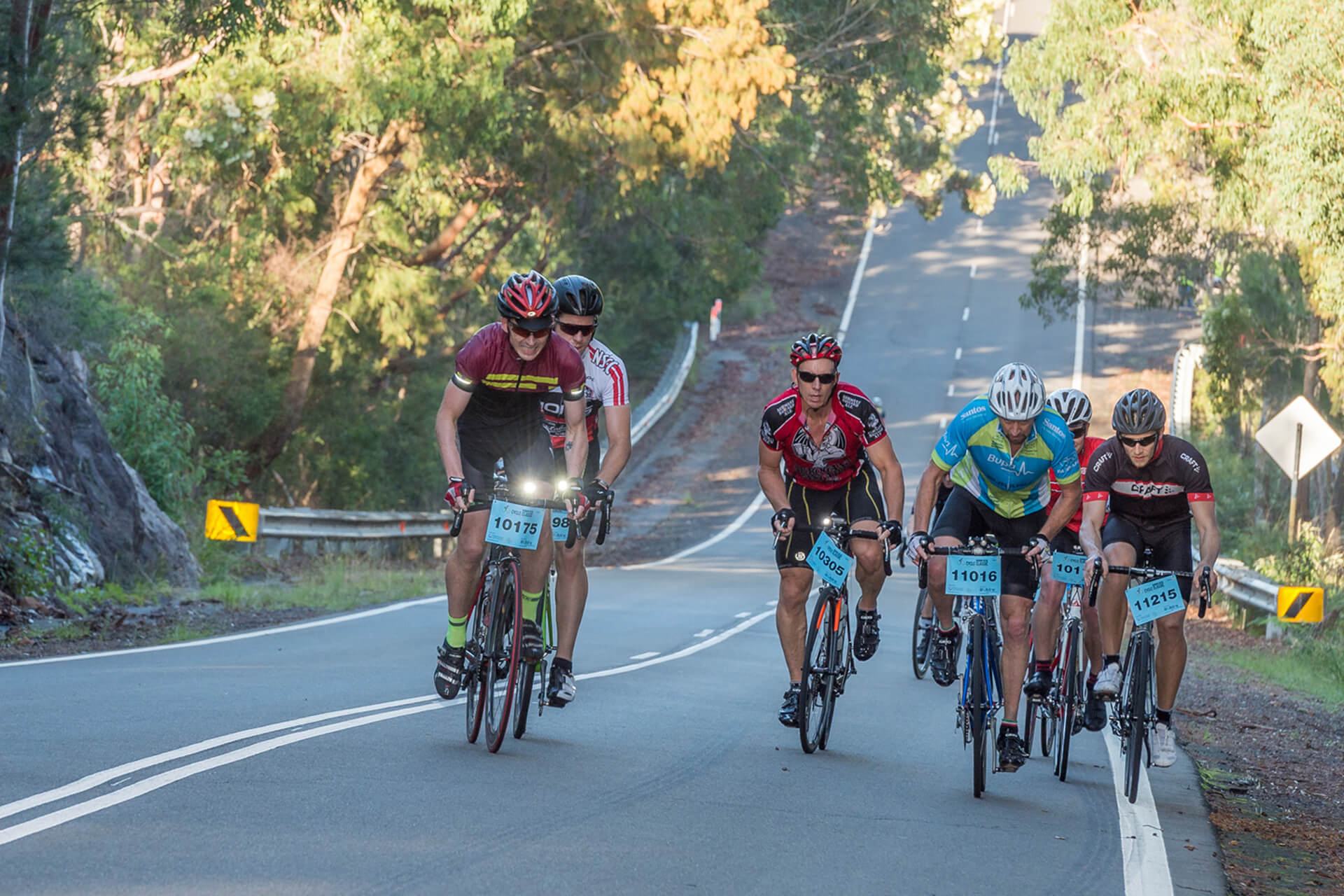 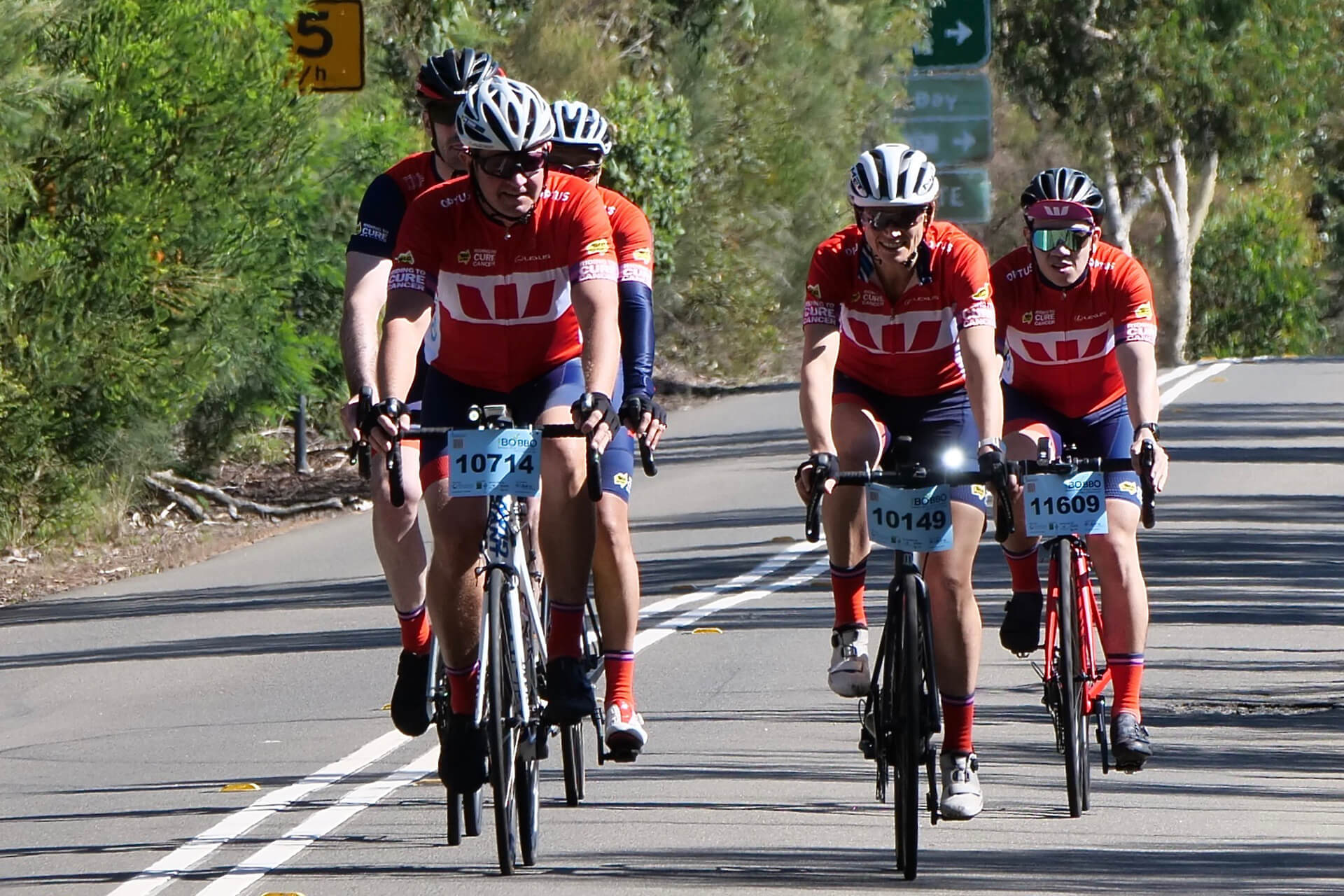 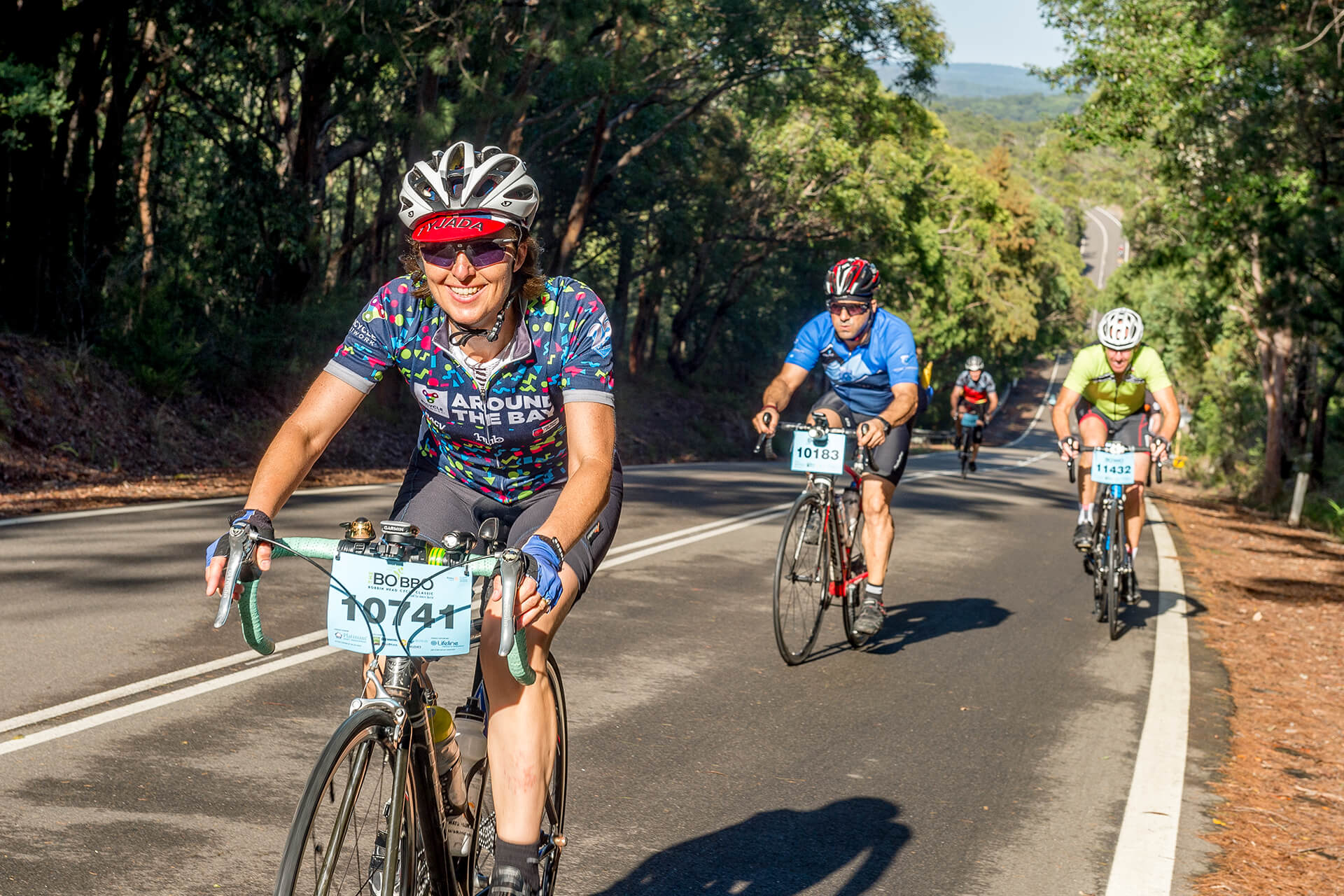 Come and get involved

an awesome event for some really special causes


Official Partner of the 2022 Bobbo

Stay up to date